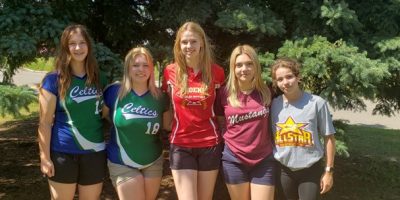 WATERLOO REGION (June 23, 2022) – On Thursday, District 8 announced its boys and girls all-star squads from the slo-pitch leagues.  The Resurrection boys were untouched in their season finishing with an undefeated 10-0 regular season record. They are represented by three grade twelve all-stars, Hayden Mitchell and second base, Jaxon Mackay at third base and pitcher Brayden Vanderwynckel.  The Phoenix went on to beat Monsignor Doyle in the District… 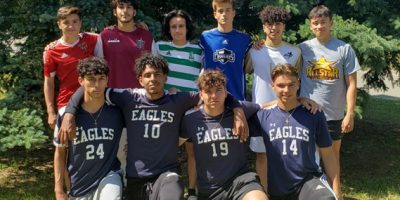 WATERLOO REGION (June 22, 2022) – On Wednesday, District 8 announced that St. Mary’s High School’s Luca Romano was named the senior boys soccer most valuable player for the 2021-22 season.  Romano led the Eagles to an undefeated District 8 campaign, defending their title from the 2019 season. The grade 12 striker scored a season high 14 goals in eight games, scoring in every game including a hattrick in their… 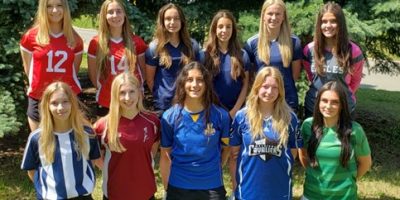 WATERLOO REGION (June 21, 2022) – St. Mary’s midfielder Olivia Stavropooulous led the Eagles to an undefeated District 8 girls soccer season, and for her efforts was named the league’s most valuable player.  Stavropooulous scored nine goals in D8 play including a hattrick against Monsignor Doyle in their semi-final win. She helped the Eagles recapture the District 8 Championship title after the league was on hiatus for two seasons due… 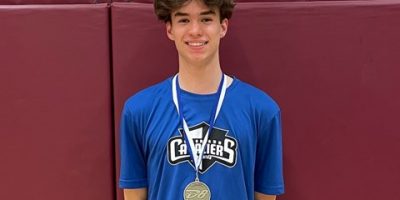 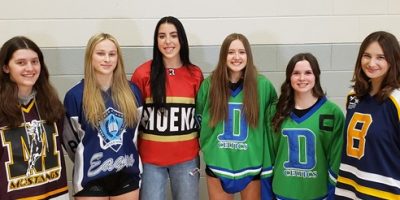 WATERLOO REGION (April 12, 2022) – On Tuesday District 8 announced Kamryn Szumlinski as the most valuable player in the girls hockey league.  Szumlinski helped the Celtics to an undefeated District 8 season, capped off with a 5-0 win in the championship game, where she assisted on four of her team’s five goals.  “Kamryn displays outstanding individual and teamwork skills which compliment her work ethic,” said Rebecca Hall, St. David’s… 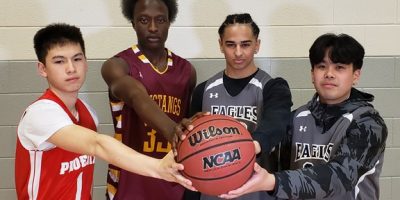 WATERLOO REGION (April 11, 2022) – District 8 announced on Monday that Monsignor Doyle’s Thach Peter was voted the league’s most valuable player for the 2021-2022 senior basketball season.  The grade 12 forward helped the Mustangs to their first District 8 senior boys basketball championship in 29 years. Peter led his team in scoring, and had a season high 29 points against St. David’s.  “Thach is a 6 foot 7… 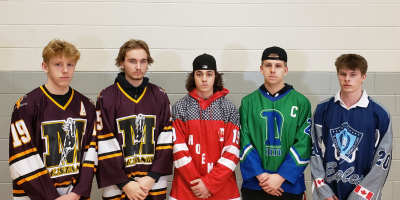 WATERLOO REGION (April 7, 2027) – On Thursday, District 8 announced the boys hockey first and second team all-star selections, and Justin McMaus received top honours being named the league’s most valuable player.  McManus, a grade 12 forward, cranked up the pressure in the playoffs, helping the Phoenix move from the last seed entering the playoffs, to a team hoisting the championship plaque. In a 3-2 quarter-final, win over St….